I wish everyone had a “Nikki Hagen” in their lives. Nikki moved into our small town neighborhood from an even smaller town, as a sixth grader. She was outgoing, cute, sporty and the youngest daughter of “Linda and Karl.” It was an instant friendship. Just one month separated us by age. I would drag Nikki into all my whim ideas. From doing a neighborhood carnival to becoming country western singers, she’d laugh but played along with my dreams.

We practically lived together during the summer months. We stayed overnight, almost daily. We loved The Folks’ RV parked in a seasonal spot at a campground. We played cards, again and again. We’d bike to my brother’s baseball game, crash his moped, drove her older sister crazy and played cards with her awesome grandmother. Nikki, always in her bikini. Me, the word bikini didn’t even exist in my vocabulary. She was the traditional teenager. I was opposite. One thing rang true and true-we were childhood best friends. Inseparable. Our summers were magical.

Then, it happened. After we graduated from high school, Nikki barnstormed off to California for fashion design school. I stayed in Minnesota for college. Our lives went in different directions. Twenty-years later, our lives found us living again in the same state, within hours of each other. But, we still avoided getting together. We reconnected slightly on social media. There were a few messages about getting together. Neither one of us ever took the bait. Em, who fell in love with those exact same card games, ruled that “Nikki Hagen” was fictional. To her, “Nikki Hagen” had to be my made-up imaginary childhood friend.

Then it happened, again. Nikki messaged me. She was just diagnosed with stage 3c invasive breast cancer. I struggled to read her message. I teared up instantly. I called The Folks. They knew the friendship, heck they still think of Nikki as their other daughter. The reckoning thought or realization of losing “my Nikki Hagen” scared me. I lost interest in work (unlike me) and sat in tears. The Hubs couldn’t relate—he said over and over again—you guys haven’t seen each other in twenty-five years? I was sick to my stomach thinking of her adorable six kids, and “Linda and Karl.” The Folks sent her cards, as they still do working their mission–the old fashioned way of life.

I prayed for her daily. After, two years of surgeries, chemo and treatment, Nikki got healthy.

Then it happened, yet again. Nikki messaged me. She, along with her family, were coming to Casey Key, a hotspot beach within a stone’s throw of our house. I was ecstatic. I told The Hubs. “Finally,” he replied. I told Em. “Oh my God, she really exists?” Em wondered. She was disappointed. She’d be missing out on the forever reunion and card game. I told The Folks, “Wonderful, wow. Wonderful!”

We hadn’t seen each other since we were 18 years old. Nikki, with her kids and husband, came over to our house the day before her birthday. Nerves at first. Laughs within minutes. Instantly, the friendship blossomed once again. Unlike before, we started to stay in close touch. Almost daily. Then, as you know on my birthday, one month later, I got sick. I purposely didn’t mention anything to Nikki. After all, it was minor compared to the hell she’s been through.

In November, The Hubs suggested we take a much needed vacation to New York City, my favorite getaway. I dig the shows and holiday lights, he likes Madison Square Garden. I told The Folks. Without hesitation, they assumed “Is Nikki going with?” Huh? Where did that come from? Random thought. I talked to The Hubs—he was game, especially since he thought he could “teach” Nikki’s farming husband a thing or two about hockey (i.e. MSG). I texted Nikki. She wrote back faster than a frozen puck off a slap shot. “YES! We are so game!” I immediately started planning—a much needed personal break from the diabetes illness hoopla—and one task that, both Nikki and The Hubs, knew was meant for me and not for them to screw with. Clearly, they both know I like to take charge.

We had a blast together in NYC. It took our first meal together, before Nikki and her husband, were told about my diabetes. She asked a few questions. I was thankful it wasn’t the heartbeat of our conversations. Far from it. We cackled laughed straight for the long weekend. I teared up saying goodbye to her. Wondering. Will it be another twenty plus years?

Then, it happened again. The Hubs and I found ourselves in a pinch. We needed a last-minute chaperone for a trip with individuals with disabilities. The Hubs suggested Nikki. I said, “She has a family, a farm to run….” I texted her.

Nikki called me, in minutes, while at her cancer recheck appointment. “Let me see what I can do.” Nikki dropped her life and met us within 48 hours on a packed cruise ship. During the cruise, I had a run-in with “an accident.” I wanted to runaway into my cabin. Nikki, with her broad laugh, assured me she’s been there a million times.

Then, it happened again and again. I had another run-in with “an accident” at a large airport. I sat and bawled my eyes out in the airport’s bathroom floor. The only person I wanted to tell—was my “Nikki Hagen.” I texted her. She wrote back instantly. I miraculously could hear her laugh through her message. “I’ve been there. Clean yourself up. Get on with this great day!”

I just warned Nikki to “prepare herself” as today I was writing this blog post. She texted back. She was on her way to get a hot tub for the RV she just bought her teenaged daughters.

I can’t wait to play cards in that RV. Em will have her dream come true.

Strawberries remind me of summer. The summers I spent with my “Nikki Hagen” were more than magical. They were meant to be—“it happened, all of it, for a reason, with more to come. I made this strawberry cream pie. You will love it; it reminds me of a strawberry malt on top of pie crust.

We’re on a roll. Life is sweet.

Easy Directions: Combine all ingredients in mixer, mix on high until peaks form. Top the dessert with this yummy topping. 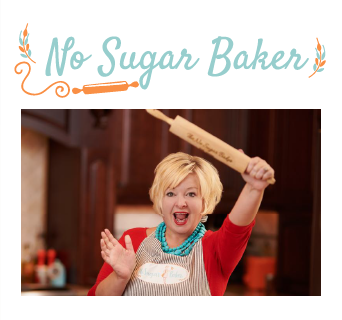